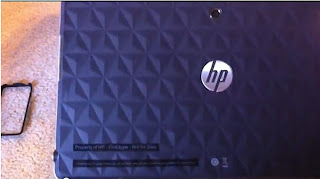 As most of you know, back in the beginning of 2010, the HP Slate was announce to the world by Microsoft's CEO Steve Ballmer at CES. Back at that time, the device was quite disappointing by the fact that it was perceive as a mere netbook, without the keyboard, running Windows 7. Well, as it always happens with things that are sold as miracles, the HP Slate, was rolled over by the likes of the Apple iPad, a few other lame Android-base efforts and lately, by the Samsung Galaxy Tab. But a few days ago, a video surfaced on YouTube, claiming to be about a prototype version of the almost forgotten tablet. Video after the break.