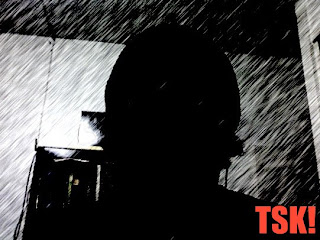 Every intelligent person knows that a good education is one of the pillars of a well developed society. For centuries, the greatest powers of the world had relied on their brightest members to fulfill their plans. With recent example like China and India; and old ones like Mesopotamia, Greece or the Roman Empire, education has been key to the development and subsequent achievement of greatness. Let me explain myself: There is a direct relation between education (higher education) and socio-economical well being; period. What's next, is what's going on with our society right know.

With the economy in the tank, and people going crazy killing each other, figuratively and literally, to secure their income and "well being"; people that still are able to think are scrambling for solutions. Lets not start to talk about the quality of living, but it seems that all the solutions revolve around job creation, more government bailouts (to corporation and to the people), more security (enforcing the rule of law) and more of the peace and love thing. But what about education? Do they forget the kind of power that enlighten minds have?

I live in Puerto Rico; the so called "La Isla del Encanto", island of enchantment. So yeah, the enchantment is wearing off. As I'm writing this, January 17, 2011, we had 63 murders in the first 17 days of the new year. And let not mention the poverty, unemployment rates (16.9% at july, 2010) or the other type of crimes that plague our daily lives. It doesn't matter if you are a regular person, a cop, a doctor, etc.; because you live here, you will feel the weight of this failure of society.

All the good things that we're accustomed to, were created by highly educated minds. It's kind of simple: Education brings innovation; and innovative ideas is what we need to solve society problems right now. But the thing is, that good education not only comes from colleges and universities; it also comes from the home. It's not new, that if children grow up in a good enviroment, with good supervision and great examples to look up to; they turn out to be great citizens. So whats going on now? Well, it seems that the generation that grew up in the 70's, 80's and early 90's were not raise properly.

The people that are now parents, teachers, police officers, politicians, religious leaders, etc. are failing miserably on sustaining a well balance society. The corruption can be seen at every level. Like the police officer talking on his cellphone while driving the cop car or the paramedic using the ambulance siren to get ahead in traffic without any real emergency. Or maybe, the proud parent boasting about how he steals broadband internet and satellite TV in front of his kid. Remember, actions speak louder than words. So when this people complain about the miserable state of their lives, they should look in a mirror first.

If we define education as the whole process that teaches people to be the best citizens that they can be, emphasizing in a body-mind-spirit development under individual necessities and aspirations; it can be said that our system has just fail us. Look around you; ask around you. How many people, that you personally know, had broken the law recently? I'm not talking about murders or illegal trafficking off drugs. I'm talking about parking in a no parking zone, blocking your neighbor drive way, stealing cable TV or downloading and/or selling illegal copies of movies, music or software, etc. All this little things that often than not, are seen as stupid little things, represent the level of disgrace that our society has achieve. If we as a whole don't start a mindset revolution, there would be no hope of changing this situation for the better.